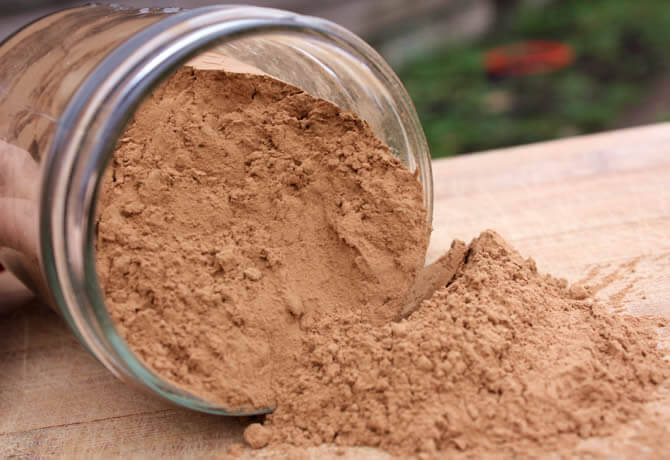 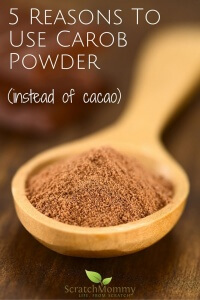 A few months ago I introduced a new ingredient to my kitchen: carob powder. I’m extremely sensitive to caffeine and the dark chocolate in which I sometimes indulge has a negative impact on my nervous system, causing jitters and poor sleep. But I really didn’t want to give up my chocolate treats, so I started experimenting and cooking with carob powder as a replacement.

Unlike chocolate, carob does not contain any stimulative alkaloids, so it doesn’t give me caffeine jitters. Additionally, I was pleasantly surprised to find that it has a sweeter, milder flavor, which is not as bitter as chocolate.

These days I’ll add carob powder to many of my recipes, including desserts, smoothies, and energy balls, and I am completely in love with the results. Carob has not only proven to be a great substitute for cocoa, but carob powder has it own merits and reasons to be a worthy to your kitchen.

Let’s explore 5 reasons why you should start cooking with carob powder.

While cacao is loaded with alkaloids like ethylxanthines and theobromine, which can over-stimulate the central nervous system, carob doesn’t contain any caffeine. So consider replacing cacao with carob powder if you’re making a chocolate dessert for the little ones or struggling with adrenal fatigue, frequent headaches/migraines, or anxiety/stress.

One tablespoon of carob powder has 10 percent of your daily recommended fiber intake. Fiber acts as an internal broom, pushing digested food through the large intestine, keeping it clean and healthy, easing bowel movements, and flushing harmful carcinogens out of the body. In one study infants aged 3-21 months suffering with acute diarrhea were randomly treated with tanin rich carob powder. “Normalized defecation, body temperature, and weight and cessation of vomiting were reached more quickly by the patients who received the test substance.”

Carob has less fat than chocolate. According to the National Nutrient Database for Standard Reference, 1 ounce of unsweetened chocolate contains 15 grams of fat, while 1 ounce of carob flour, which is about 1/4 cup, contains 0 grams of fat. But keep in mind that this is for plain raw carob powder, not a sugary treat you purchase from the natural foods store! 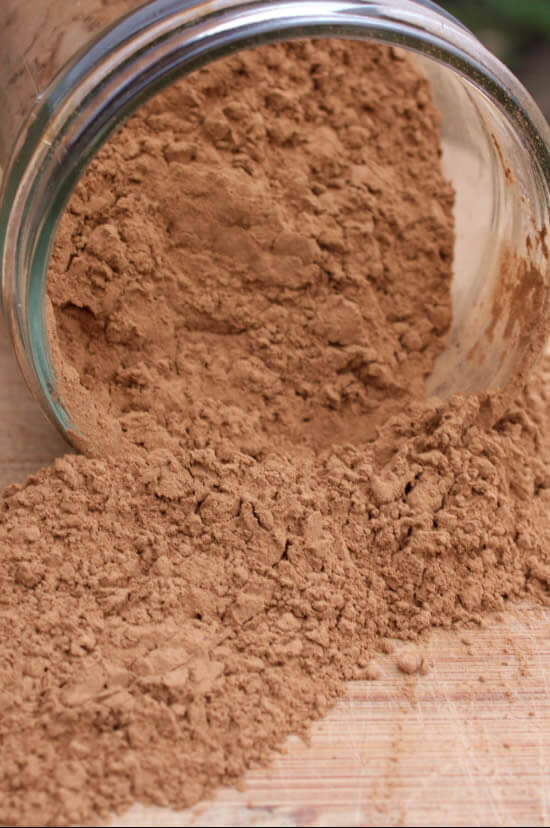 The real raw cacao powder that dark chocolate is made with costs much more than organic carob powder. If you are a chocolate snob this might not entice you, but if you want a nutritious chocolate-like fix that tastes similar and has no caffeine, but won’t break the bank, carob is your girl.

A few weeks ago I went in for a thermography. It was a very stressful time for me as I didn’t know where the sharp pain in my left breast was coming from. After my exam I found out that I have fibrocystic breasts, which makes it difficult to monitor for abnormal changes in the breast tissue. “Avoid chocolate and caffeine” was the last piece of advice the nurse practitioner who performed the exam gave me before I left. I smiled to myself and thought, “That’s OK, I have carob powder!” and I felt much less overwhelmed.

Here are a few recipes to get you started cooking with organic, raw carob powder: