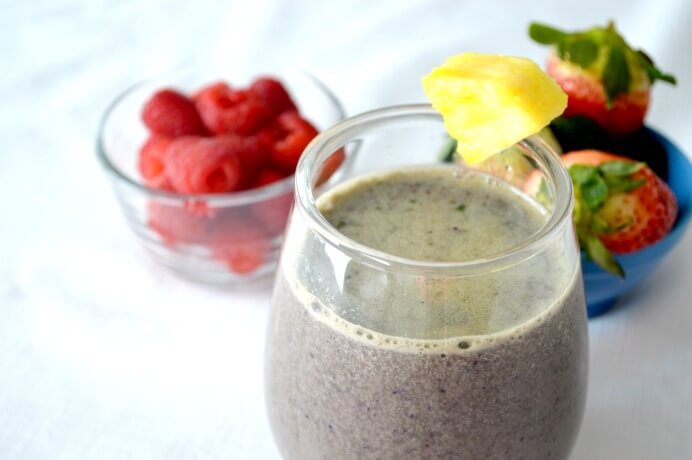 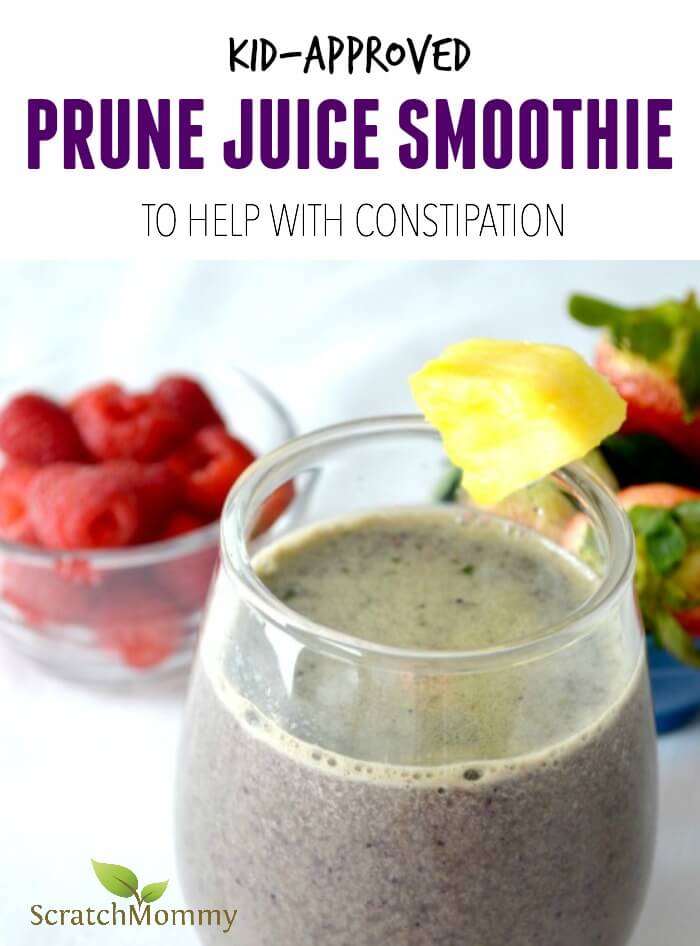 A prune juice smoothie? Why would anyone want to drink one of those? Well, for our daughter, she doesn’t have much of a choice. She has struggled with chronic constipation for at least a year, and for her it’s either a laxative or a prune juice smoothie.

Thankfully this prune juice smoothie has been just as effective, if not more effective, than Miralax.

This is music to this mamas ears. Why?

Around Christmas of last year our daughter had to once again start Miralax. Her intestines were completely backed up and she needed to get it out, fast. I prefer to use magnesium to get things going, but this was not working this time around. I felt my only option was to follow our doctor’s instructions and use the dreaded Miralax.

A month in to her treatment my husband came upstairs with deep concern. While watching the Today Show he saw that Miralax was being investigated by the FDA. I had known it was being questioned which was why I had such concern giving it to her, but this news confirmed my deepest fears. 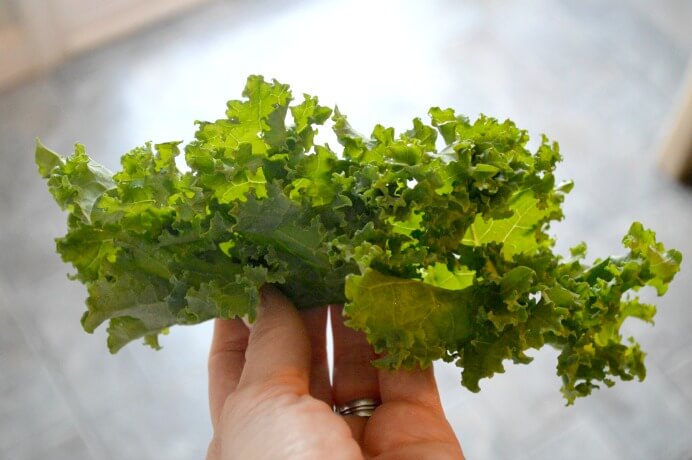 I’m not sure if you’ve seen the headlines, but yes, Miralax is under scrutiny.

It is indeed being investigated by the FDA, specifically regarding its use in children. After all, Miralax is an adult laxative and only suggested to be used for seven days….in adults. Many children, including my daughter, have had to consume Miralax for weeks or even months, and this continued use is becoming worrisome based on recent findings. Here is an article regarding Miralax and the investigation from the NY Times.

After we realized Miralx was being investigated, I talked to our doctor and he expressed disappointment in the Miralax findings as well. So, he checked her belly to see how she was doing. He could tell she had made significant progress and recommended we skip the Miralax and go in to maintenance mode. He suggested we try some alternatives to handle her chronic constipation such as doubling her fiber, eating lots of veggies and drinking prune juice.

Hmmmmm…. Sounds good in theory, but…

Two of our three kids are phenomenal eaters — she is NOT one of them. She is an insanely picky eater because she struggles with the texture of many foods, thus the constipation issue. BUT, she does love a good smoothie. 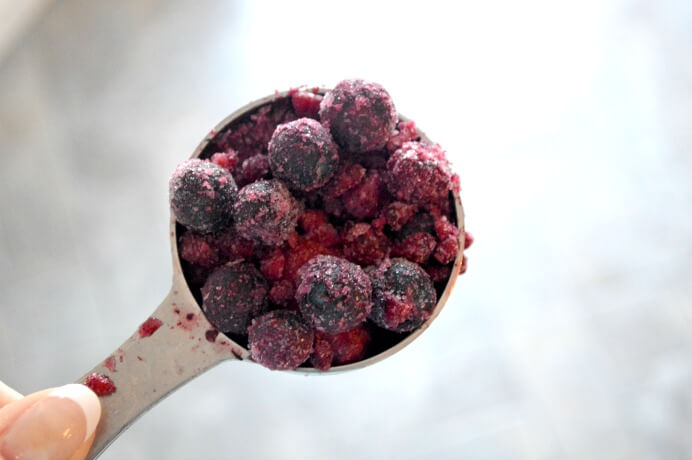 What if I could get all of this into a smoothie?

It was my daughter’s lucky day because the first prune juice smoothie I made was a success. She LOVED it! It has prune juice, kale (yay veggies), flax seed (yay more fiber) and coconut milk which helps keep things going…if you know what I mean.

The best part is this smoothie made her “go” immediately and as long as I give her this smoothie four to five times a week, we have success.

What is YOUR favorite smoothie recipe? No, it does not have to be for constipation either!