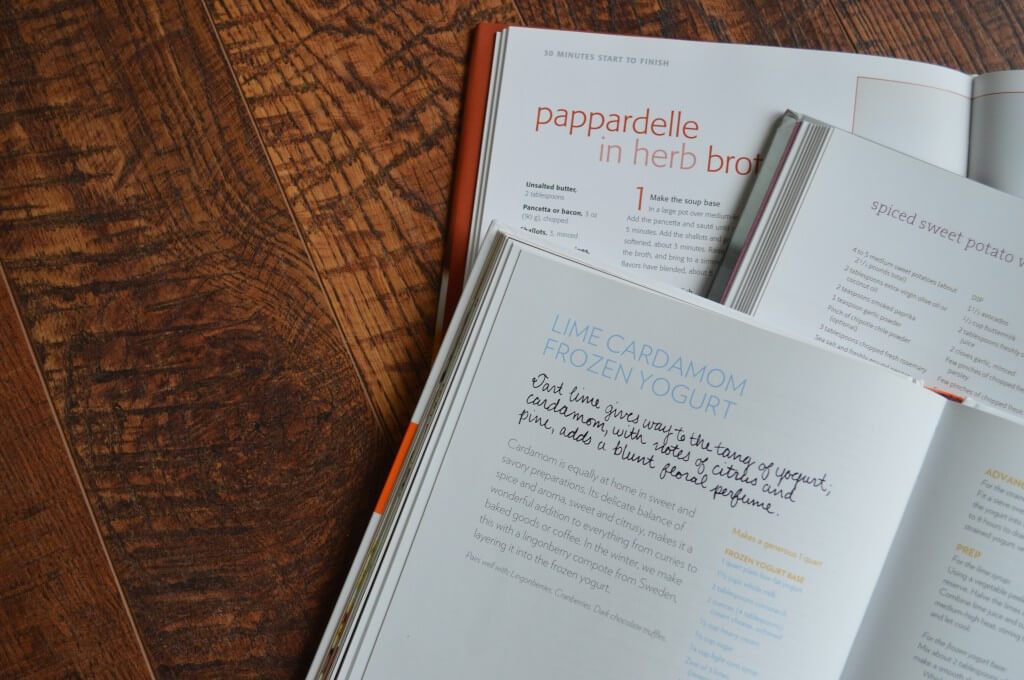 As a strong, yet sort of apathetic student in school I finally found myself excited about something while taking culinary classes in Switzerland the summer I was nineteen.

The program was through my university where I was studying Hospitality Management. I really enjoyed being in the kitchen and cooking… and I was pretty good at it! After that trip, I reevaluated my career goals and, since graduating a few years later, I have made a career within the food and beverage industry.

Today, I work for a company that partners and manages classically trained chefs for sororities and fraternities around the nation. I really enjoy this role because I am surrounded by fabulous culinary creativity and talent, and because we are fulfilling the need for healthy, scratch made meals for these young men and women.

But this need and desire for healthy, scratch made meals goes far beyond the realm of Greek Life. More and more people want to make wholesome meals for their family, fiancé, roommates… whomever! 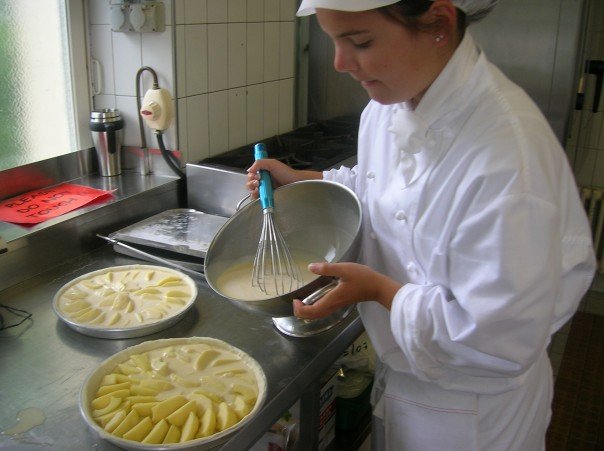 I love this because I believe that home cooked meals are so important. With scratch made, home cooked meals there is the opportunity for exposure to new foods, the emphasis on healthy, fresh food, the value in getting everyone around the table, and so much more.

But, I also understand the realities of trying to prepare scratch made meals. It does take attention and time. It can be intimidating. And, sometimes people just don’t know where to begin.

… Do these sound like some reservations you have had about cooking?

In this Cooking School Series, I am going to share culinary tips and tricks that I have picked up from not just professional training, but also from years of preparing scratch made meals in my own home and for others. 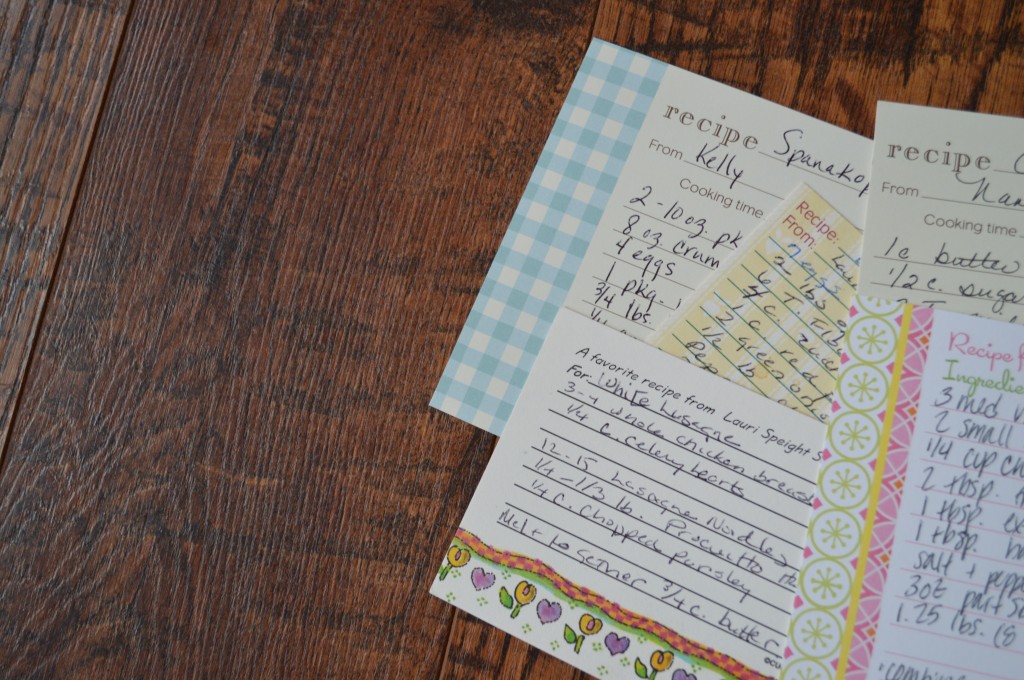 I will keep each tip short and sweet, in hopes that it is easy to understand and put into practice. But, I would love feedback as we continue. Tell me if something needs to be more clear. Tell me if there is something you want to learn!

The goal is to break through the intimidation factors, be it time or fear of getting discouraged, and give you the basic skills to make it easier to get wholesome, amazingly delicious meals on your table.

Since this is the first Cooking School post, it only seems appropriate to start at the beginning: how to read a recipe.

This may seem easy, but it is super important.

Most recipes begin with a list of ingredients needed for the dish and the measurements needed of each ingredient. Pay close attention to where a comma is when describing the amount needed. 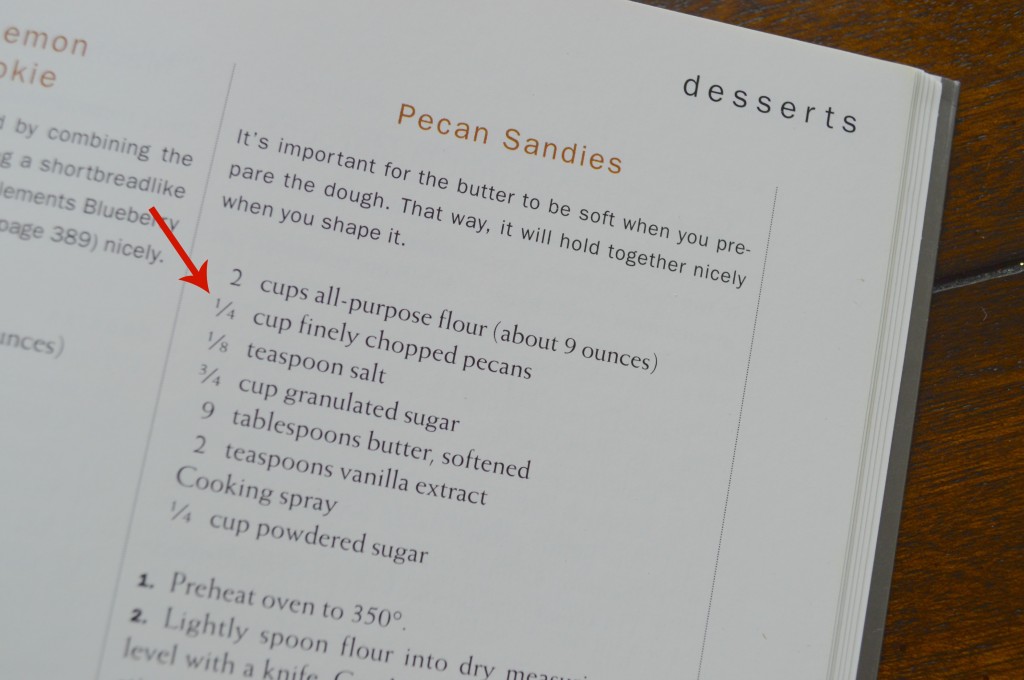 This means you measure after you have chopped the pecans.

If it read, “1/4 cup pecans, finely chopped” you would measure ¼ cup whole pecans and then chop.

Pay attention to the actions listed for each ingredient as well. There is a difference between mincing and chopping. Thin or thick slices. (More on that later.)

This soup says to drain and rinse the beans, but says to not drain the tomatoes. This is important because it will play a role in getting the right consistency and texture for the soup. 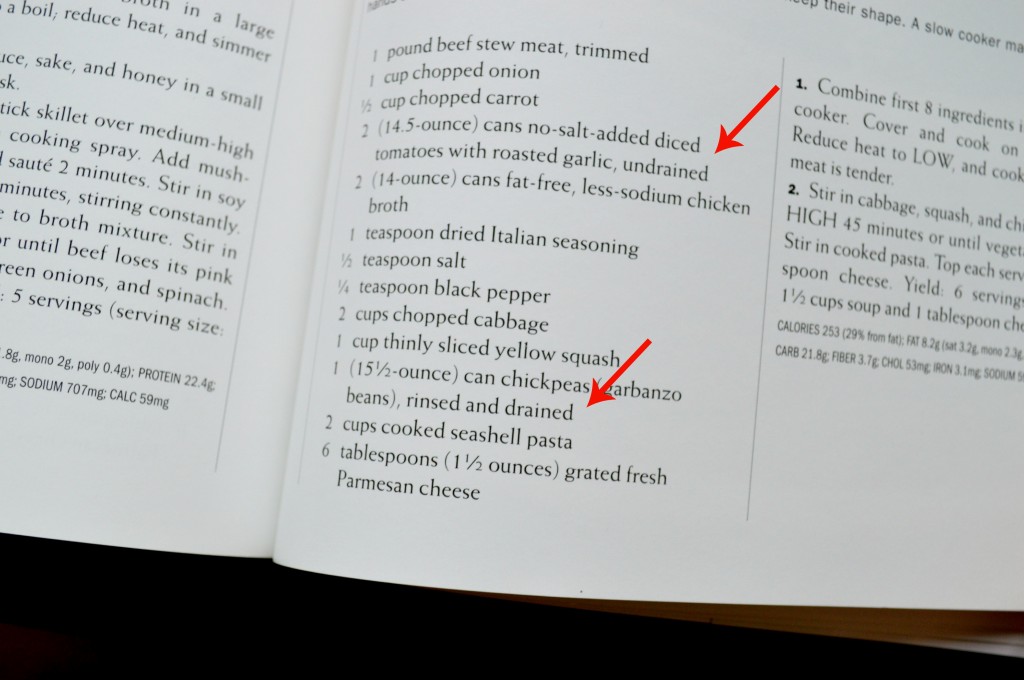 When reading over the ingredients, you also want to be on the lookout for the word, “Divided” or “Separated.”

This recipe uses both! 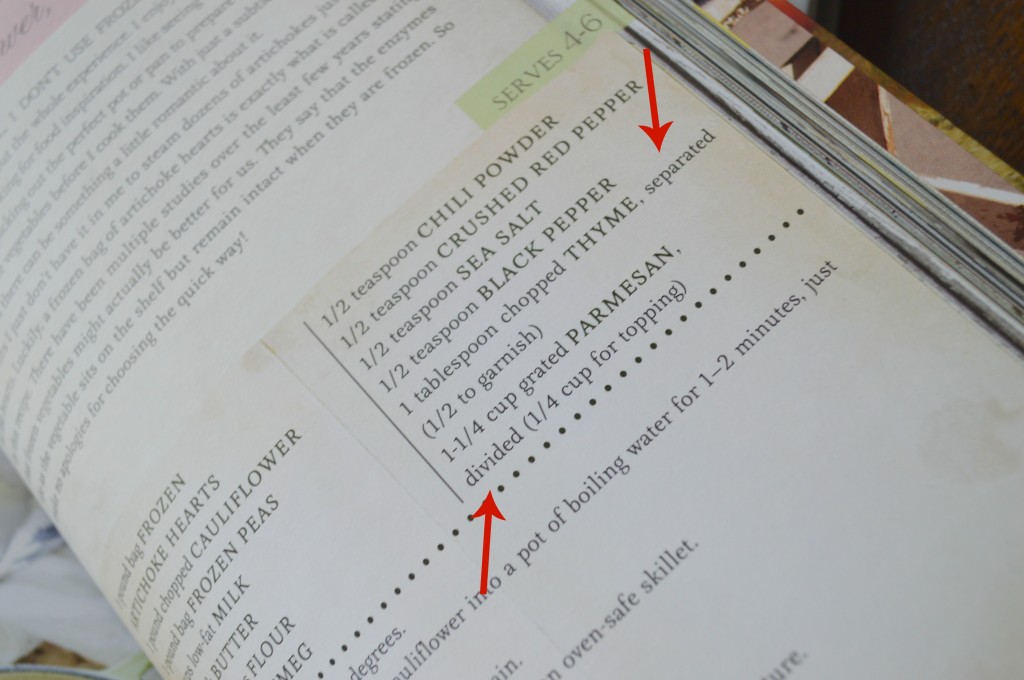 It calls for 1-1/4 cup grated parmesan, divided. What is nice about this recipe is that the author lists how it’s divided right in the ingredient list; sometimes it is listed in the body of the recipe.

This means you are going to use 1 cup of parmesan at one point of the cooking process and the remaining ¼ cup at another point. In this case as topping for the finished dish. The same goes with the separated thyme.

You will often see this with olive oil as it is used in the beginning of the cooking process and also later to add flavor.

Preparing to cook a recipe doesn’t stop with just reading the ingredient list. It’s also important to read the body of the recipe before you begin cooking.

Admittedly, I have made this mistake more than once. I think a recipe looks great, I have all the ingredients at home, and put it on the menu for that night neglecting to read the rest of the recipe to find that it takes 24 hours to marinade.

You can see that the body of this recipe explains that this Asian Chicken requires 4-8 hours of marinating. This is the last thing you want to see at 6:00 when you are ready to get cooking. 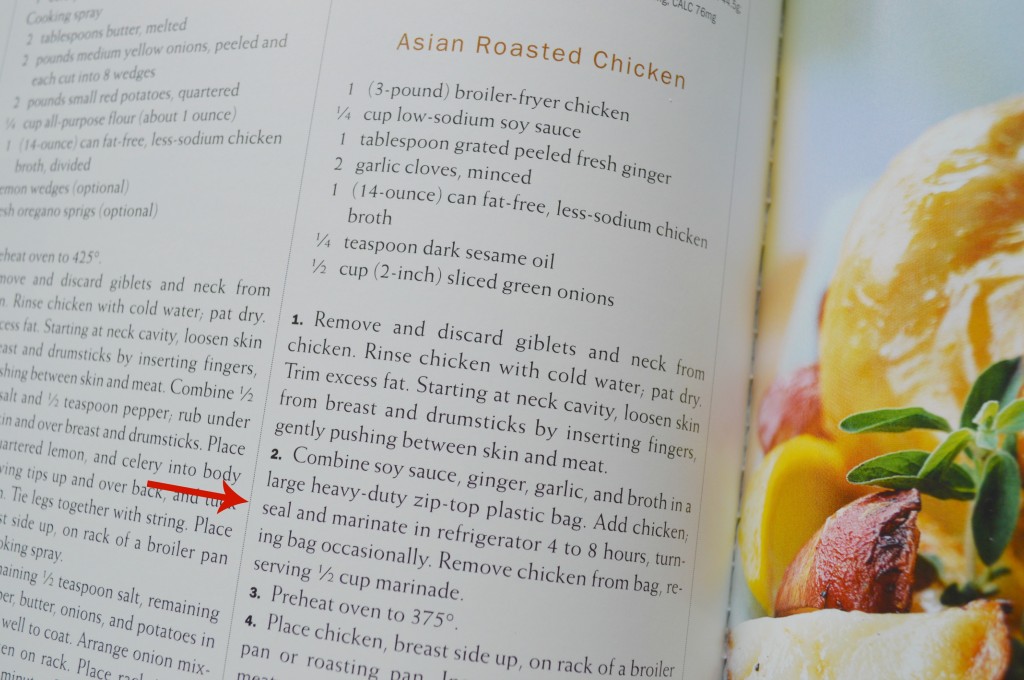 If an oven is required, the first line of a recipe is typically the temperature the oven needs to be heated to. It’s listed first for a reason; it takes time to warm an oven up. Having the oven at the right temperature ensures proper and thorough cooking. Don’t put something into the oven as it pre-heats.

This recipe also lists how to arrange the oven racks. This is best to do first as well because the racks are still room temperature. 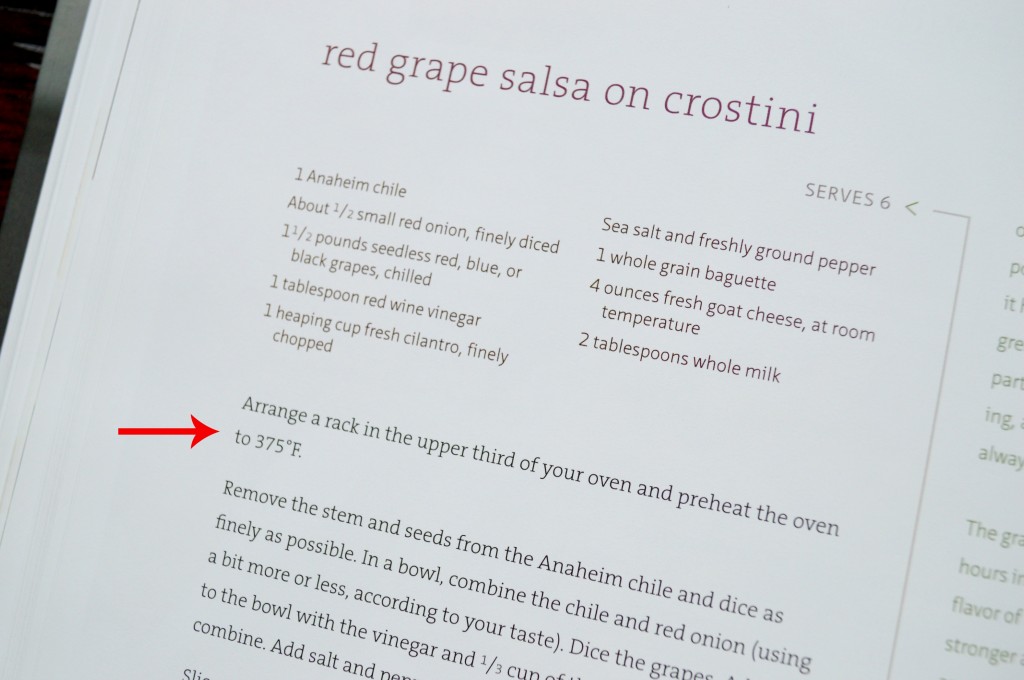 Other important things to look for when reading a recipe and deciding if you want to make it at home are the amount of servings that the specific recipe produces and the amount of time needed from start to finish.

I have found that these are typically listed at the end of the recipe or the very beginning. 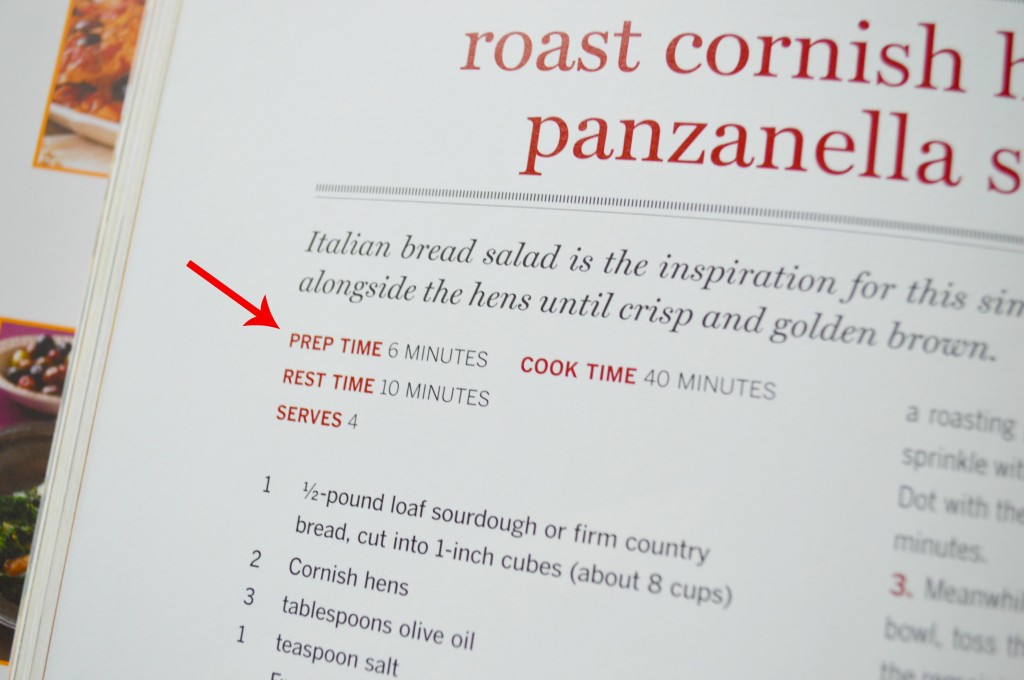 Check out some of your recipes at home and read through them to help you make dinner plans for the week! 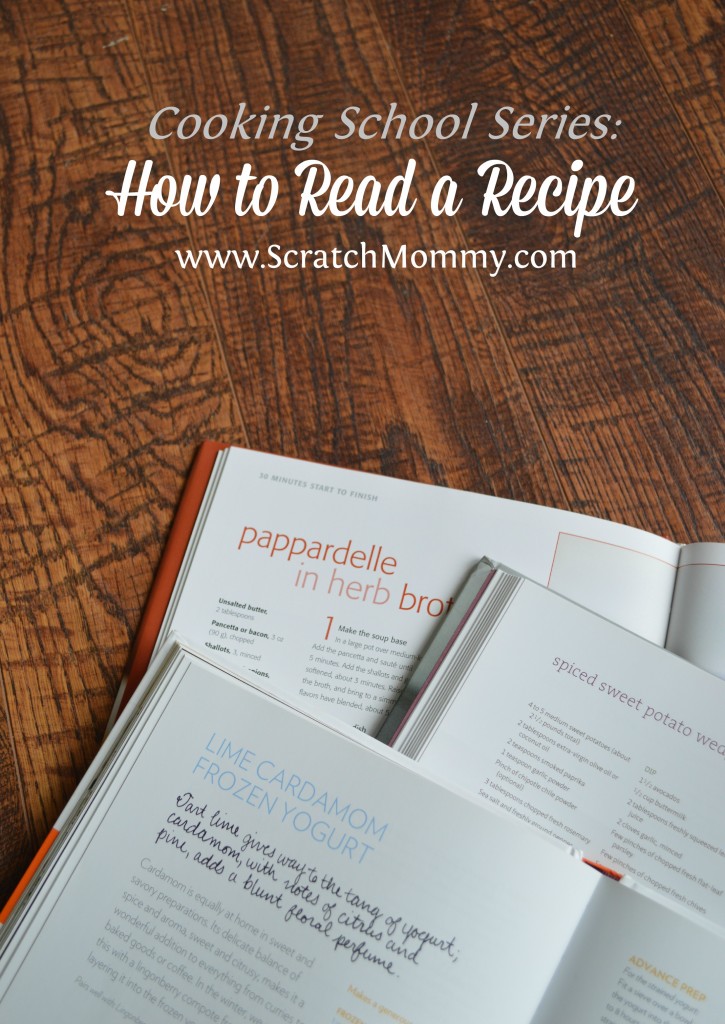