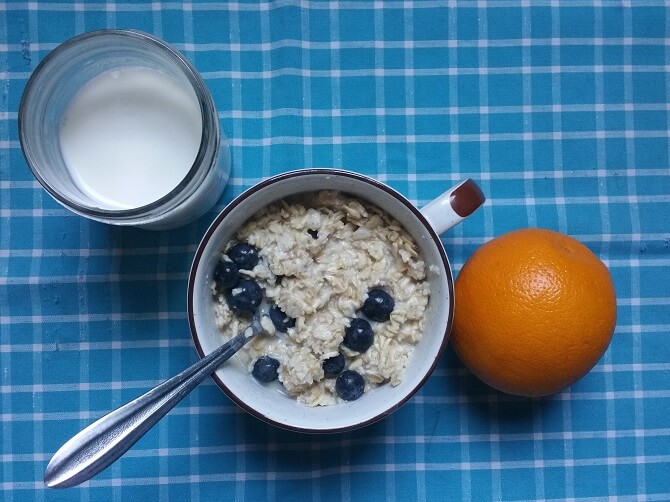 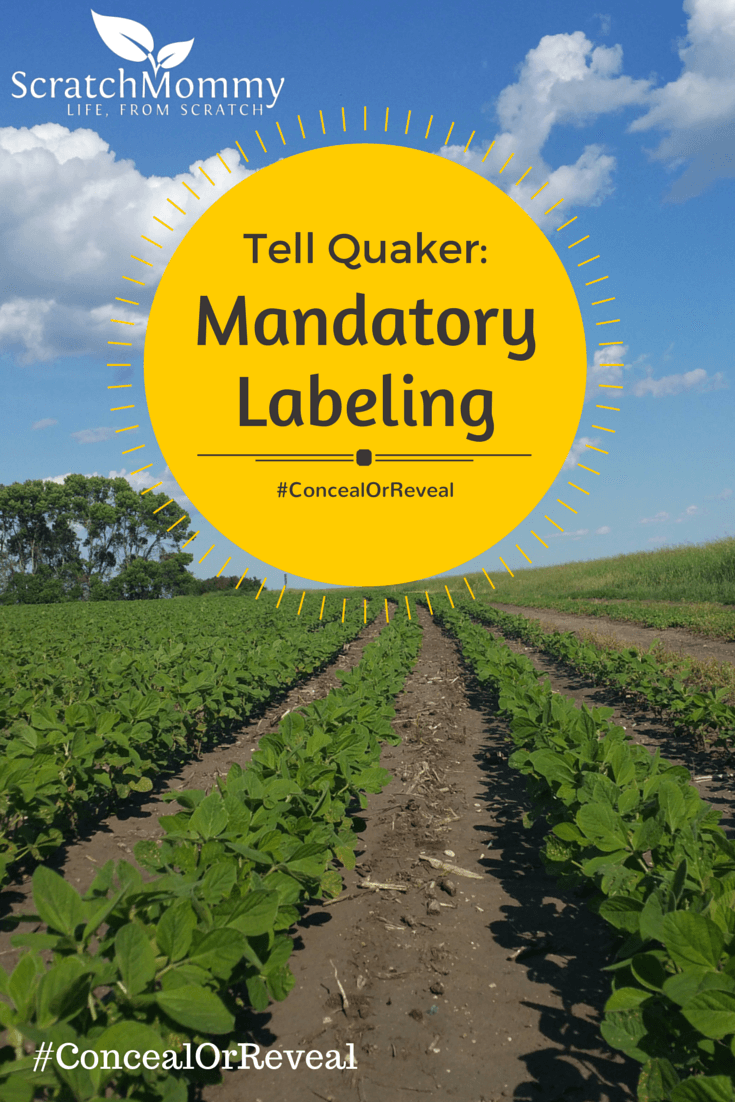 We’ve been talking about GMO labeling a lot lately and it might seem confusing that we’re specifically asking Quaker for support around this issue. “There are no GMO oats…” is the response many people have. I want to shed some light on why we’re asking for brand support in this way.

Here’s the thing: our government is heavily influenced by corporate interests. Corporate lobbyists are employed to maintain relationships with influential political leaders for the sole purpose of swaying their opinions when it comes time to vote. Sometimes they even write the bills.

I don’t know about you, but this was only touched on in my education, when the reality is: it’s a major driving factor for many, many of the issues out there today.

Why else is GMO labeling consistently voted down even though 90% of Americans, regardless of political affiliation, are in favor of it?

Corporate lobbying on behalf of the major food and chemical companies is to blame. These companies funnel millions – millions– of dollars into lobbying in order to get labeling bills voted down even though the vast majority of our citizens want to know what’s in the food we’re buying. 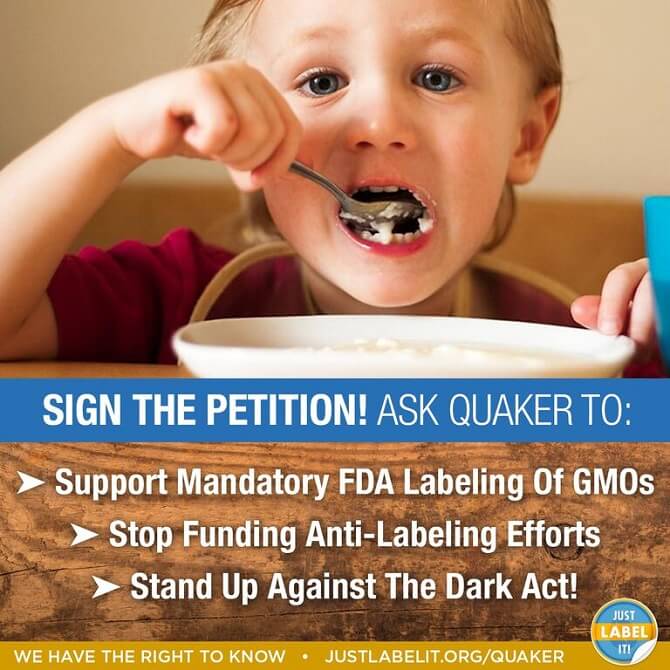 That makes me mad. That’s the reality of how our government works right now though, so let’s talk about solutions.

Clearly, Big Food cares much more about their bottom line than they do about the health of their customers. The smartest move we can make right now is to vote with our dollars and tell these companies what we really want to buy from them.

I grew up eating Quaker oats. It seems to me that they want to be a brand moms can trust- one we can safely come to for healthy food for our family. Scratch Mommies, don’t you want that, too? I know I do.

Personally, it’s very important to me to avoid GMO ingredients – I live in a rural farming community and it’s impossible for me and my family to avoid exposure to pesticides, the most prolific of which has recently been confirmed by the World Health Organization as a probable carcinogen.

The last thing I want to do is expose my family even further through the food we eat. We have the #RightToKnow what we’re feeding our families – end of story. That’s why we’re asking Quaker to stop lobbying against labeling bills and publicly come out in support of mandatory GMO labeling.

I love what Jess said a few weeks ago when she introduced the #ConcealOrReveal campaign: “The tides are turning…” They sure are!

Please join us and encourage Quaker to shift with us and “serve up wholesome goodness” honestly and transparently like they say they aim to. Make your voice heard by signing this petition asking Quaker to stop funding anti-labeling efforts that go against what their customers want.

Share this info with other moms you know, too! We all have to make tough decisions about feeding our families.

We deserve to have the facts.

Please, won’t you take a few seconds to share this important campaign with your friends &/or family members?

[Tweet “Most of the world requires #GMO labeling to give people the right to know what they buy. @Quaker #ConcealOrReveal! [bit.ly/RevealGMOs]”]

Ask Quaker to support mandatory FDA labeling of GMOs, stop funding anti-labeling efforts, and stand up against the DARK Act!

Why do you feel Quaker should support mandatory labeling of GMOs?

This post was created for the Just Label It campaign for which I am a paid labeling advocate. However, the opinions expressed are my own.