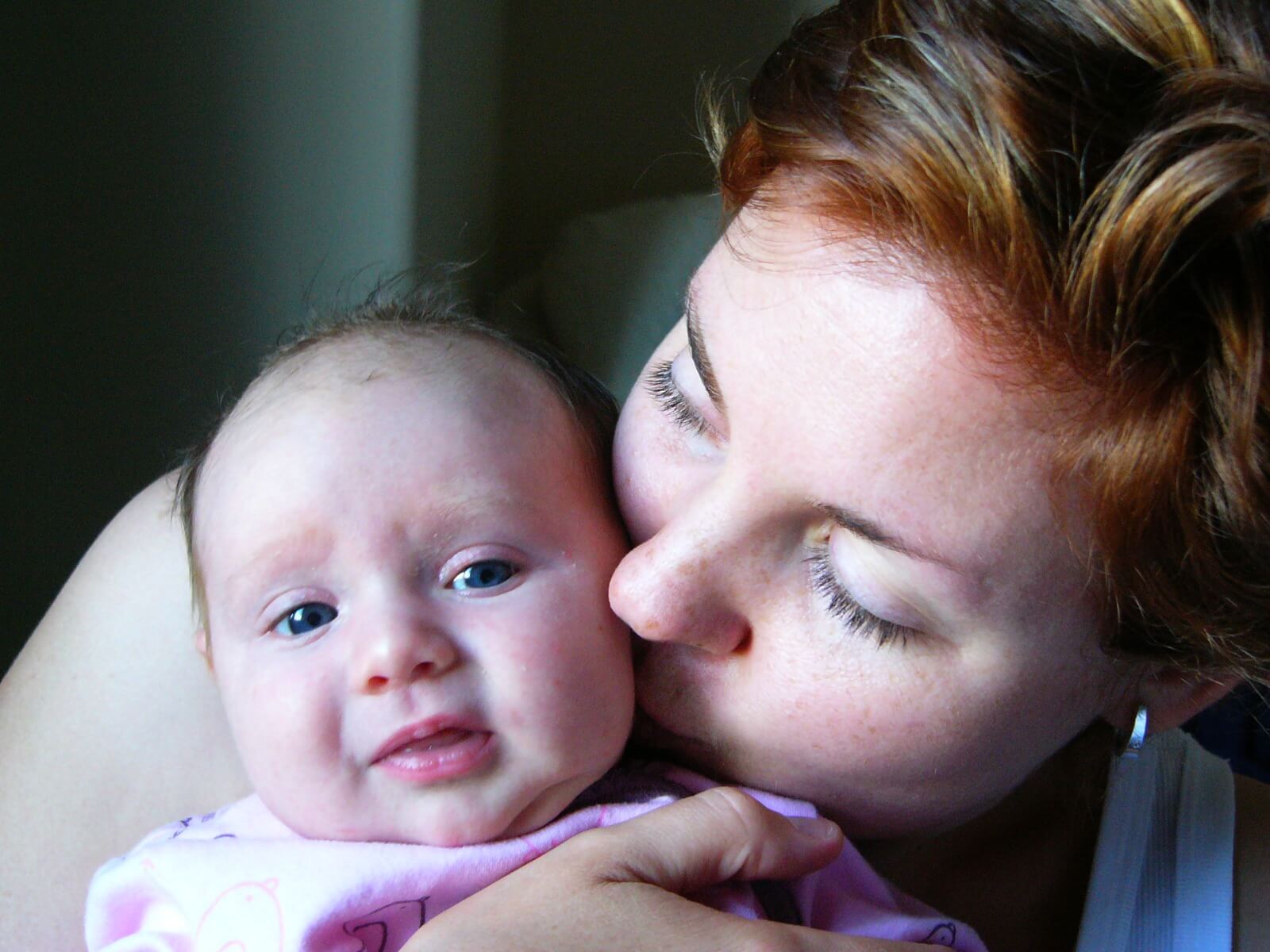 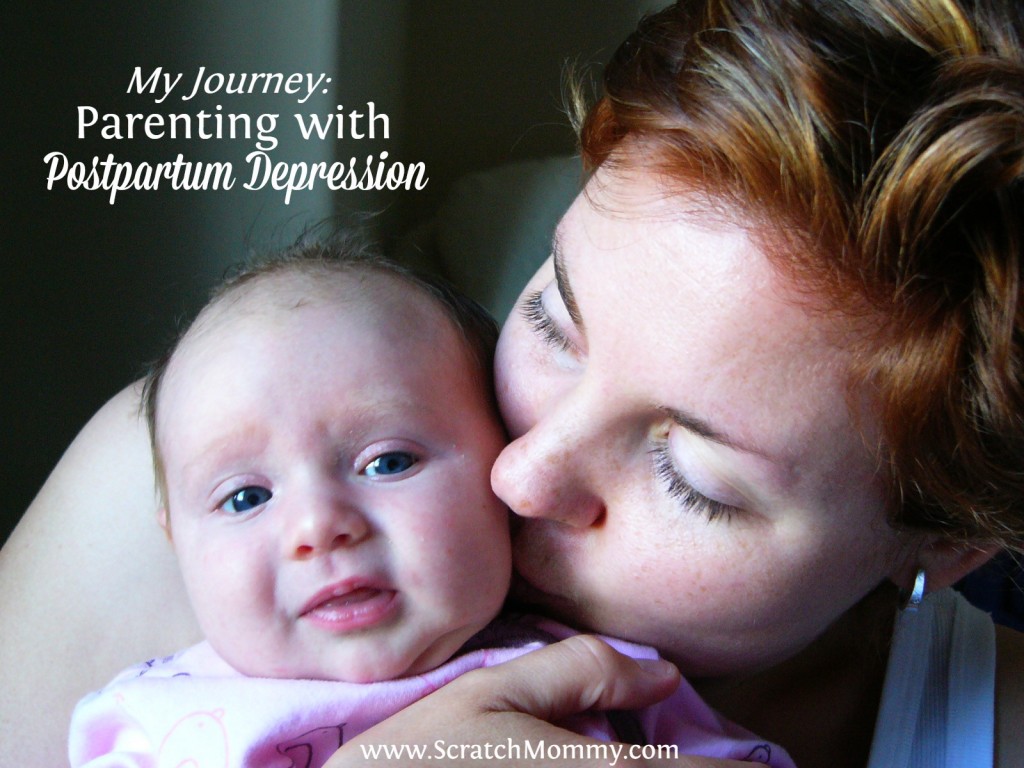 When I first learned I was pregnant with my oldest son, the world opened up for me. I tapped into a kind of instinctual pit of motherly love that originated far deeper inside than I could have ever imagined. From the first time I thought of his face, through the first time he kicked, and beyond the first seconds of his life, I felt the awe-inspiring movement of love bubbling up. It was deep, it was animalistic, and it was raw. I am certain you all know what I mean.

There was a profound and frightening edge to my love, a dark side that reared it’s surprising and devilish head early on in my pregnancy. I was gripped by sadness, overwhelmed by fear and too ashamed to talk about it. I began taking “mental health” days from work, when I would lie on the couch tears streaming down my face convinced I was ugly, awful and unloveable, and paranoid that everyone hated me. I began snapping at my husband for every little thing, dissolving into tears if he ever tried to defend himself. I wished that my son was never conceived. I’ll say that again because I want you to understand: I wished that my son was never conceived.

I gave birth. After 9-months of living inside a sharp-edged vacuum of destructive self-loathing. He was tender, pink and perfect and that raw animal love made me hold on tight and never want to let go. Those first few weeks at home were, thankfully, amazing. I finally felt I could exhale. But that little demon that buzzed inside my head for a nine-month gestation… he didn’t go very far. He sat on his haunches, held his breath, and waited. He gave the taste of peace, the lure of calm, then chose his moments to start screaming again.

It didn’t start one day, or one night. It just emerged, slowly, starting around 3-months postpartum. My son, who had been a terrible sleeper and a marathon nurser, suddenly began sleeping long stretches at night. I became obsessed with sleep – I counted how many hours I could get if only I fell asleep as soon as he did. Gradually, this focus meant I became totally unable to get any sleep myself. Here’s what I know about insomnia: it is a terrible curse for an individual to endure. Those early morning hours that I sat awake while the whole world slumbered, ticked by like incessant water torture. I became more and more sunken in, tired, and withdrawn. My days became a foggy mess of uncontrollable emotion, frustrating anxiety and a fear of death – mine, my son’s – that literally altered my every move. I began having visions – we call them scary thoughts in the PPD community – one in particular became an obsessive mantra that soon confined me to my living room. I saw myself holding my son over the top landing of our stairs. I saw my fingers touching the soft plush of his sleeper. I saw my grip loosening, I saw my fingers splay. I saw him slipping through my grasp and falling straight to the hard tile below. I saw the blood, I imagined the aftermath. I hated every second of this vision because I precisely didn’t want this to happen. But I was terrified that I was no longer in control of my body. This thought became so debilitating that my husband had to bring my baby to me to nurse at night. And during the day while he was at work, I stationed myself and my son Jack downstairs all day, so that I never had to climb the stairs, him in my arms.

There were attempts to get help; well-meaning and misinformed doctors who began to become involved. Trips to the doctor at first ended up more damaging than fruitful. I was put on medication. It didn’t work. I was put on another medication. It didn’t work, some think it made me worse. At 6-months postpartum and after living with my demon churning in my head, sometimes appearing in my son’s room as a dark and cloudy figment, I succombed. I gave in. I lay down in my bed and refused to get out of it. I relinquished care of my son, almost  completely, to my mother-in-law. And I lay there and cried … for 2 days straight. And when my husband was called home from work, he lay there too and cried into my shoulder. We clutched each other, we knew we had to hold on tight because I was slipping. We felt the gravity of it all and how close I was to the edge. I said softly, over and over again, “I want to die. I want to die. I want to die.” And he cried harder. 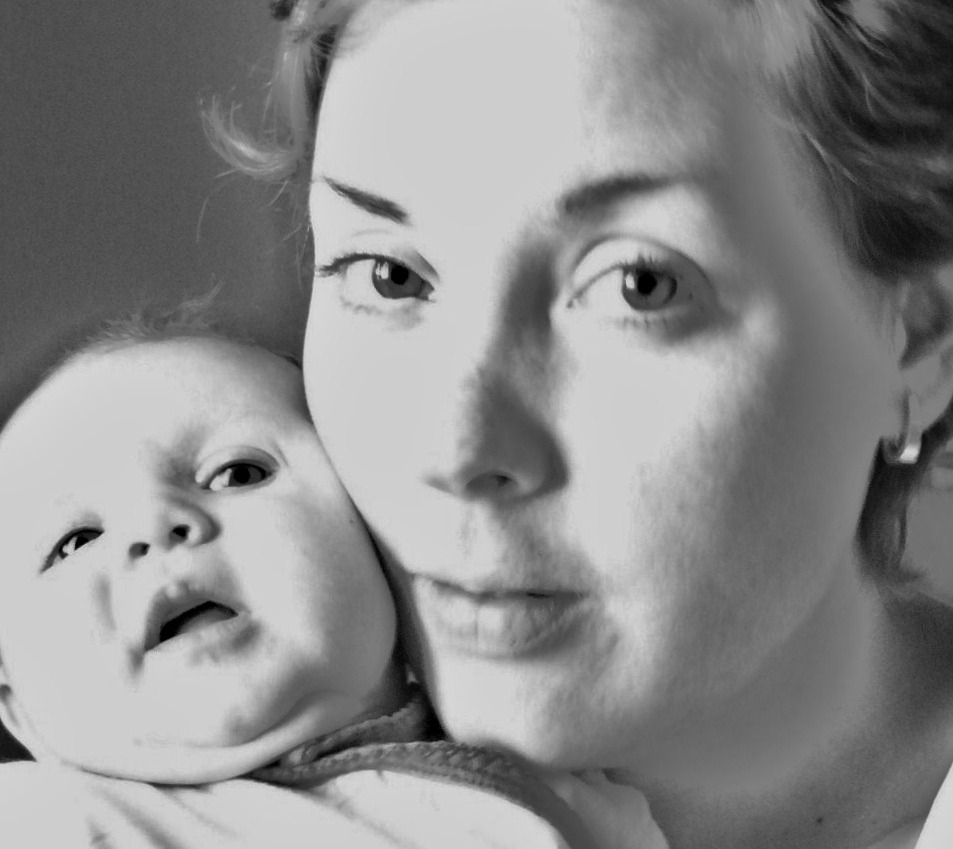 But I didn’t want to die. I knew that deep in my heart; I knew I had the will of a survivor. So I did probably the bravest thing of my life, something I want my son to know I did for him. I checked myself into the mental health ward of the hospital staffed by my psychiatrist. I let my son go home with my in-laws; I let them be the loving arms embracing his growing spirit. I let them love him when I couldn’t. I lay exhausted and terrified in a place that frightened me, full of shouting, scowling nurses and men who shuffled in and out of my room uninvited. I asked for drugs, more and more drugs so that I could just sleep.

I was put on a drug that first night that changed my whole postpartum experience. Slowly, I began to wake up, and slowly this drug began to kill off the demon in my head. Slowly, I became myself again. Slowly, I could function. Finally, I could hold my son – really, really hold him.

I want to say that every step forward after this point, every motion to claw myself out of what was a deep, dark pit was easy. But it wasn’t. It still isn’t. After two subsequent pregnancies and childbirths, and two more postpartum experiences, I have lived with prenatal and postpartum depression so often and for so long that it has become a part of me. It is me in ways that are both scary, trying and dark but also illuminating, strengthening and life-affirming. I have been diagnosed with Obsessive Compulsive Disorder and Generalized Anxiety Disorder. My greatest achievements in life: my three children, my strong marriage, my ultimate unwillingness to be swallowed up by mental illness … to be forever present as someone who fights back.

If you, or someone you know, is struggling with feelings you don’t understand, please talk to your doctor, or seek public health resources in your community. Please know that you are not alone, what you are experiencing is common but not “normal,” as though you should just live with it. You deserve happiness. 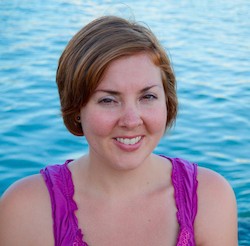 Karen Bannister is the parenting editor of Scratch Mommy, a writer and editor who lives on the West Coast of Canada with her husband and three children. She is actively involved with the organization Pacific Post Partum Support Society, where she helps women share their stories of mental illness as the society’s blog editor. She writes on her own blog TypeM.ca