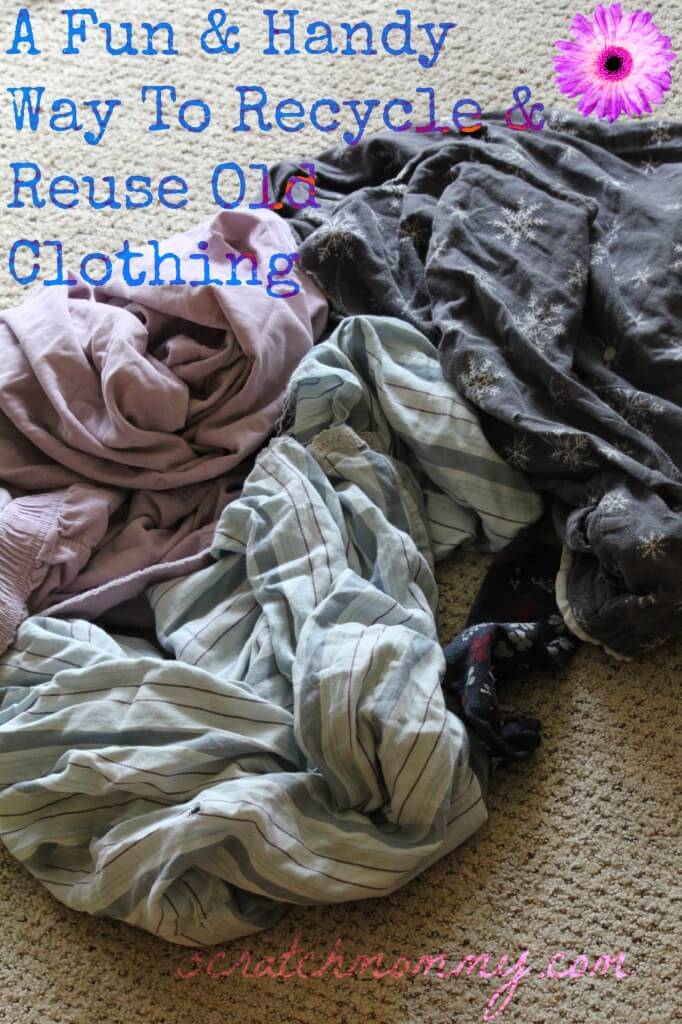 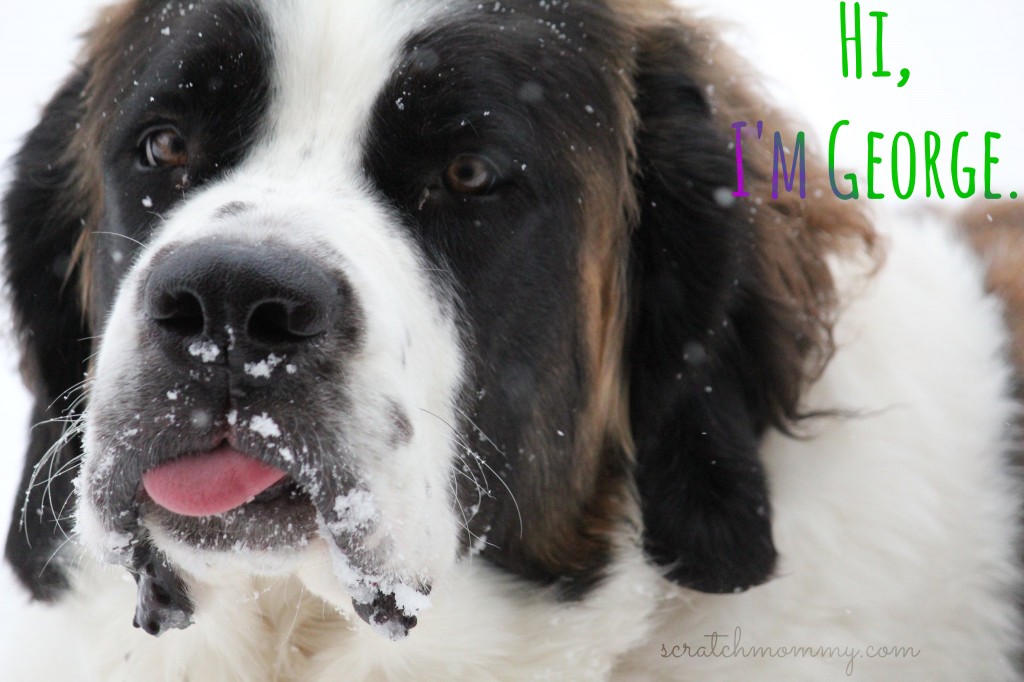 George was our awesome Saint Bernard, weighing in at 180 lbs. He was a big, cuddly, ball of messy fur. More than his massive and gorgeous physical appearance, Georgie-Porgie was a great friend. They call these doggies Gentle Giants for good reason.

When we brought George home at 10 weeks old, he weighed 40 lbs. If you’ve ever had a puppy, you know that they like to chew. Have you ever had a 40 lb. puppy? Well, they like to chew, too, just a little more intensely than say…a Shitzu puppy. The chewing is a bit more graphic in nature.

Why am I telling you all of this? Sure, it’s nice to reminisce about old Georgie (who left us, too soon), but that’s not the main reason. I’m telling you this so you can learn from my almost mistake, turned money-saving, green tip! Enter…an idea to upcycle old clothing!

This just looks like a pile of dirty old clothes, huh? Look more closely. See all of those holes? Well, thank you very much, Georige-Porgie…he managed to chew and rip into about every pair of lounging pants that I owned. I didn’t throw them away though…oh no! I still wore them, in fact, up until last week when I broke down and purchased some new lounging pants (on sale, of course).

I almost threw these out (with some sadness to see them go, as they make me think of sweet George), but then I stopped short.

These hole-ridden pants are still good. They still serve a purpose! I got out my scissors and started cutting. 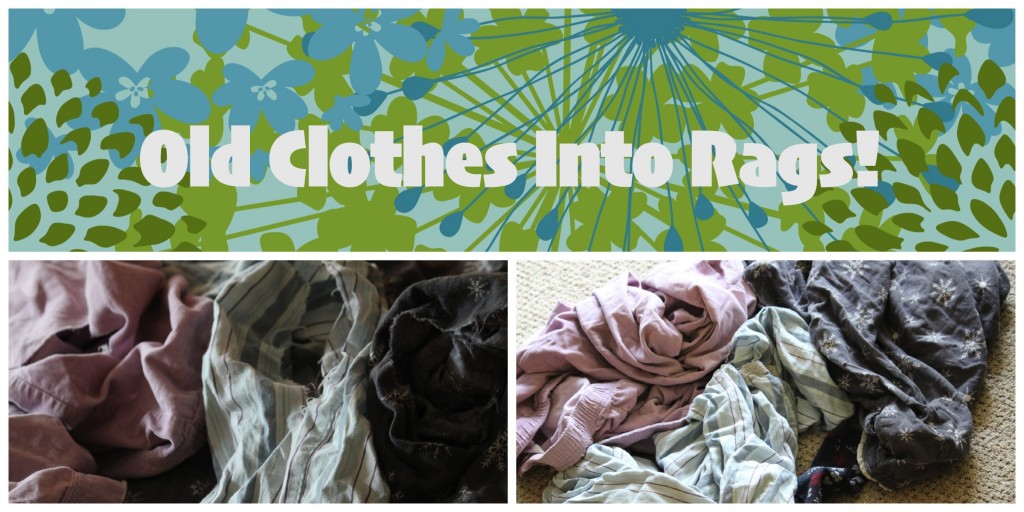 Do you have any old clothing laying around? You just can’t seem to throw it away? Here’s some motivation for you… 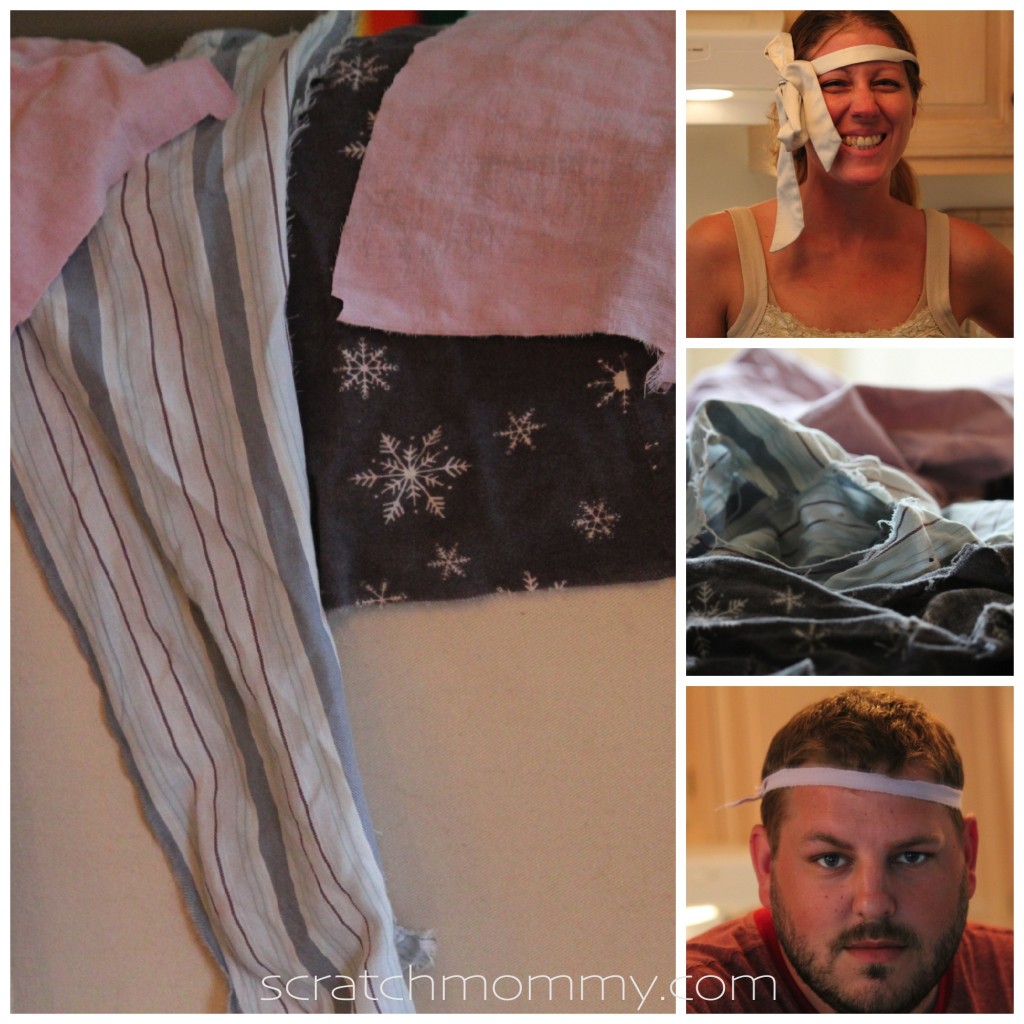 What have YOU done with your old clothing?
I’d love to hear!!!