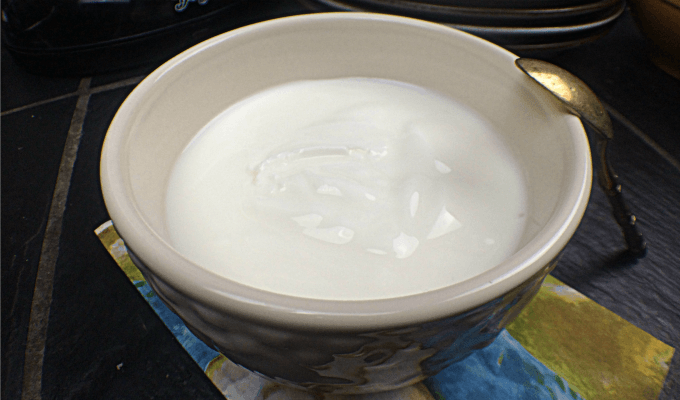 I began my real food, #LifeFromScratch  journey in middle school; the same time I stopped shaving my legs and wearing make-up. My mom called putting on make-up putting on her “face.” She’s a beautiful lady but didn’t want people to see her without make-up. I didn’t want to be ashamed of my real face and I didn’t want to buy make-up that used vivisection as a step in their testing process.

The same went for my food. I wanted food to be an adventure provided by nature, not a con-job created in a lab or factory, or a cruelty of profit and convenience toward animals. It was au naturale for me, all the way!

My parents were supportive of my conscience; we already ate beautiful gourmet meals but that didn’t mean my journey with food was pure and unadulterated. I still didn’t know so many key nutritional facts and I was duped by the common provisions along with everyone else. I drank pasteurized non-fat milk so I’d grow tall and stay lean. I took antibiotics whenever they were prescribed, which in my case was often. And I believed the falsehood that vegetarianism was kinder for the planet and healthier for my body.

By the time I left for college, I had my first autoimmune disease. By the time I was married, at 23, I had my second. And after the birth of our 3rd child, I had my third.

There was one good thing that came from all of this sickness — it made me a great researcher.

I had to become my own best advocate when the medical doctors didn’t make progress with my health.

With my first pregnancy, I got off medications that had been prescribed for my vertigo and found a naturopathic doctor that guided me to a better understanding of nutrition and supplements.

With my second pregnancy, I became an omnivore once more.

Between my second and third babies, my first two autoimmune diseases were in remission.

The damage done from years of heavy antibiotics had done its worst, however, and I still got Hashimoto’s after my third pregnancy, which brought me to tears after all the progress I’d made and all I had learned.

But that disappointment, too, has propelled my learning forward.

The GAPS Diet has provided insights and healing not only for me but for all my kids, who inherited my dearth of good gut flora.

One wonderful thing I learned from the diet’s creator, Dr. Natasha Campbell-McBride, is how to make a 24 hour yogurt, so all of the lactose is consumed.

For those with pathogen overgrowth and leaky gut, the digestive mechanisms are overly taxed and need gentle nutrition so they can heal. A long fermentation of yogurt makes it easier to digest because the probiotics in the recipe actually eat the lactose, or milk sugar, a component in milk that often causes stomach aches and allergy symptoms.

Why I make only raw milk yogurt

When milk is pasteurized, there are three very important things lost: naturally occurring probiotics, living enzymes, and lactase. The probiotics in raw milk keep negative bacteria at bay. The living enzymes add nutrition that is easy to digest and assimilate and the lactase helps your body digest lactose. You can learn more about raw milk here on Scratch Mommy.

Good news! When making raw yogurt, the yogurt making process becomes simpler. No heating of the milk is necessary because there are no pathogens to kill. There are no pathogens in clean, raw milk because, one, it has been handled carefully by your trusted farmer and two, the good flora have already kept any pathogens at bay.

You would never believe how easy it is to make raw milk yogurt either.

Save Print
How to Make Raw Milk Yogurt
Ingredients
Instructions
3.4.3177

THAT’S IT! With raw milk you get a healthier yogurt and a much easier process. Sometimes whole foods really are fast foods.

If you like your yogurt thick head over to my blog Eat Beautiful for a quick recipe tweak that yields a scoopable texture.