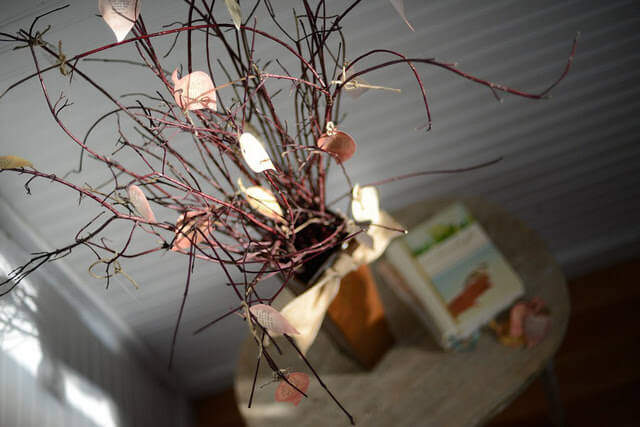 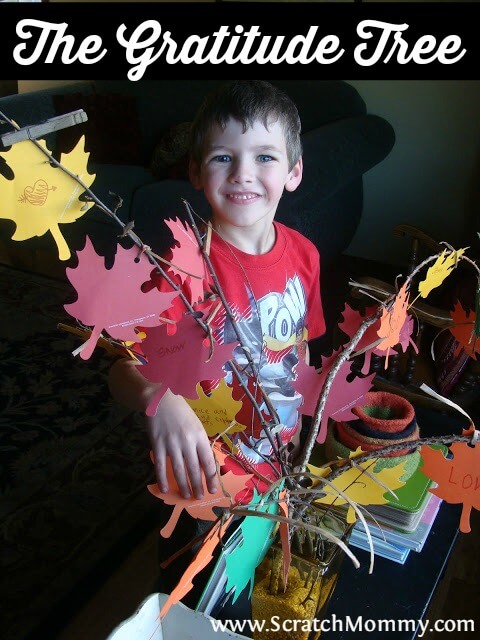 Thanksgiving always seems to get the short end of the stick.

For one thing, it’s stuck between Halloween and Christmas. Other than Thanksgiving break from school, kids tend to think the holiday is pretty lame. When you think about it, what’s really in it for them? Halloween offers costumes and candy. Christmas? That is pretty much a no brainer.

Unless you like pumpkin pie and table manners, Thanksgiving is pretty much a bust as far as kids are concerned.

I, on the other hand, absolutely adore the day and want my kids to love it just as much. I was trying to think of simple, yet impactful way to give the holiday meaning in their lives.

I had heard about a family crafting idea called, The Gratitude Tree, and decided this might be a neat way to embrace the season.

Now I will admit, I am not the most crafty of mothers so another plus to The Gratitude Tree is that it took a zero amount of skill. Sure enough, when we were done, it resembled a bit like Charlie Brown’s Christmas tree. It didn’t matter though because it was more about the concept rather than the appearance.

The kids and I gathered some branches outside and placed them in a vase. I had purchased some paper autumn leaf cut outs for a dollar. Each day we would fill one out and describe something we were thankful for. We punched a little hole in the top of the leaf and strung twine through it, tying it to the branches. All month we added to the little tree and it became really fun to see all the things we were thankful for. 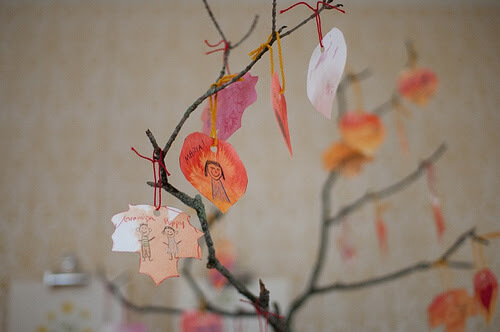 Everything from the new baby we were expecting, to our cat, to jelly beans were included on our little paper leaves and each morning the kids would be ready to fill out another one. By the time Thanksgiving rolled around we had a well stocked tree of thanks. After the season ended, I wrapped up the leaves for the next year so we could compare them with the new ones we were making.

Even though it was a small effort on my part, I keep reminding myself that things don’t need a lot of fanfare in order to be meaningful. I’m learning that simplicity holds lasting memory, holidays included.

My kids are 11 and 13 now. Imagine my surprise when they came in the house last week with branches, ready to continue the tradition.

The thankful leaves have matured a bit more in content since they were smaller, but I’m not arguing. It’s all about the memories and the fact they feel grateful.